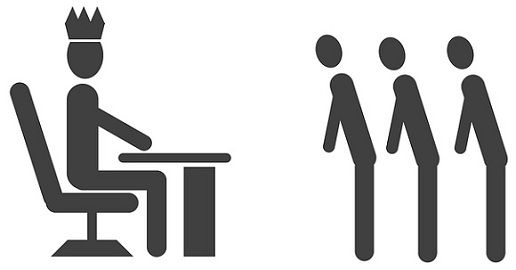 The key factor behind the success of any organization, is the quality of leadership exhibited to the employees, that motivates them to do better. Have you ever wondered that a boss could be a leader also, but not all bosses are leaders? There exist a line of demarcation amidst the nature and characteristics of these two personalities. While a boss gives orders to his employees, a leader influences his followers by setting an example.

A leader persuades his men to act in a specific manner, to achieve the goals of the organization. A boss can be acknowledged as a leader, by constantly guiding them in their tasks and demonstrating his/her abilities. In this article, we[‘ve broken down all the differences between boss and leader.

A boss refers to an individual who is in charge of the employee or an organisation. He is someone to whom the workers report, i.e. immediate supervisor of the workforce. He exercises control over employees, orders, assigns tasks and duties to them and is entitled to take decisions on some matters.

In the organisational chart, there is no formal title like ‘boss’, but the term indicates a person who is the owner or appointed as head of the organisation, department, unit or division. Therefore, a boss can be a supervisor, manager, director or any other person working on a higher level.

The term leader is defined as an individual who possesses the ability to influence and inspire others, towards the accomplishment of goals. He is someone who holds a dominant position and leads others by example. He is a man with a vision, who stays committed to his goal and strives continuously towards the achieving it. He sets an example, in such a way that people get motivated and follows his footsteps or directions. The qualities of a good leader are:

Key Differences Between Boss and Leader

The significant differences between boss and leader are discussed in the following points:

A leader is a person who leads his followers, inspires, motivates and guides them in different matters. On the other hand, a boss is someone who is the owner of the business or is appointed by the owners as an in charge of the workplace. The difference between these two is a matter of psychology, i.e. it’s about the vision through which we see the world. If you are playing the role of a boss, you need to be strict with the employees to get the things done from them or else they will start fooling you.

On the contrary, being a leader you have to be a good listener and influencer first, you have to play a supporting role to boost the morale of the followers time to time.