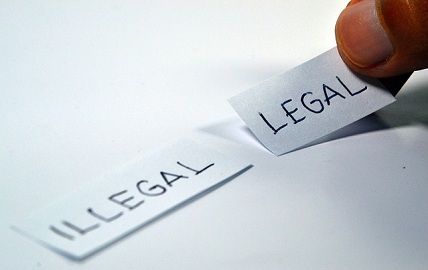 Law can be understood as the body of rules, established by the appropriate authority and adopted by the country as rules and principles that govern the actions of its members, that can be put into practice by the imposition of penalties. There are two types of laws, that are adopted in many countries, namely common law and statutory law. The common law implies the law that emerges from new decisions made by the judges, courts and tribunals.

On the other hand, the statutory law means a formal written law, that the legislature adopts as a statute. The basic difference between common and statutory law lies in the way the two legal systems are created, the authority who set down the acts and their relevance.

The law that has been evolved from the decisions made in appellate courts and judicial precedent, is known as common law or sometimes as case law. The common law system gives pre-eminence to the common law, as it considers unfair to treat the same facts in a different manner in different situations.

The judges refer to the cases that took place in the past to arrive at a decision, called as the precedent which is recognized and enforced in future judgements rendered by the court. Therefore, when the similar case is reported in the future, the court has to give the same judgement, that is followed in the previous case.

Sometimes, the judgement made by court comes out as a new law, that is considered in subsequent court decisions.

Statutory law can be defined as a system of principles and rules of law, that is available in written form and laid down by the legislative body to govern the conduct of the citizens of the country. When a bill passed by both the house of parliament through enactment, it becomes a statutory law. In finer terms, legislation is the statutory law, which is the fundamental structure of the legal system, based on the statutes.

A statute is nothing but the formally written act that expresses the will of the legislature. It is the declaration or command made by the law which must be followed or prohibits a course of action or governs the behavior of members. The statutory law encompasses the rules for regulating the society and is made considering the future cases.

The difference between common law and statutory law can be drawn clearly on the following premises:

To sum up the discussion, statutory law is more powerful than the common law, as the former can overrule or modify the latter. Therefore, in case of any contradiction between the two, statutory law may prevail. Statutory law is nothing but the legislation made by the government bodies or parliament. Conversely, common law is the one that arises out of the decisions made by the judges in the court of justice.

Difference Between Common and Preferred Stock