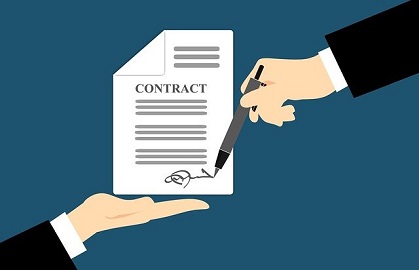 In this post, you will get to know the difference between contract and quasi-contract,


What is a Contract?

The contract implies an agreement between two or more parties that creates obligations enforceable as per law. The Indian Contract Act provides remedies for the breach of contract. Also, it holds the performance of a promise as a duty.

The parties are legally bound by the contract when there is an exchange of a promise for adequate consideration.

What is Adequate Consideration?

It refers to the benefit that a party gets, which induces them reasonably and fairly to perform the contract.

Elements of a Contract 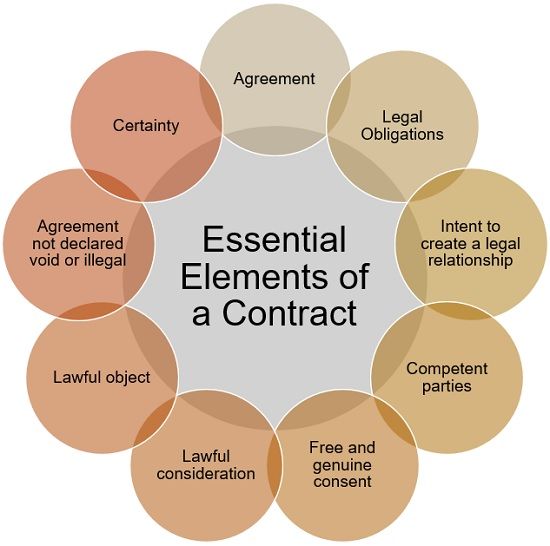 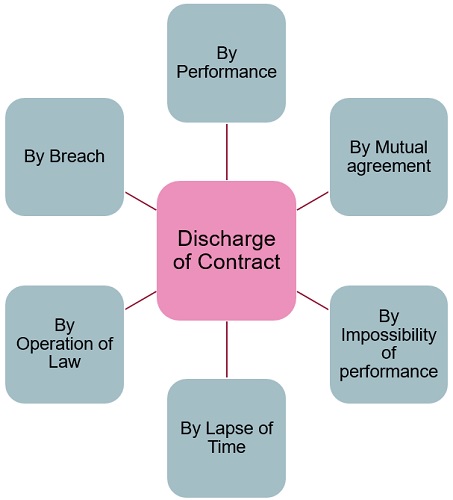 What is Quasi Contract?

Quasi Contract refers to any transaction between parties wherein no actual contract exists between the parties but the law creates a number of rights and obligations amidst them which is akin to a contract.

To put it simply, it is an obligation that the law creates or imposes for the sake of justice even when there is no such contract. This is because of the relationship or because one of the parties would get an unfair or unjust advantage. The result of such an obligation is similar to the one which a contract creates.

So, we could say that it is not a contract but a remedy through which the plaintiff recovers the benefit provided to the defendant.

Quasi Contracts are called so because the obligations related to such transactions do not fall in the category of torts or contracts. However, they are recognizable as contracts in a court of law.

A situation in which law imposes upon a party an obligation similar to that resulting from an actual contract, based on natural justice.

It relies upon the principles of equity and justice. This implies no person will be allowed to benefit himself in an unjustified way, at the expense of another person.

The kinds of quasi-contracts are in terms of rights with regard to: 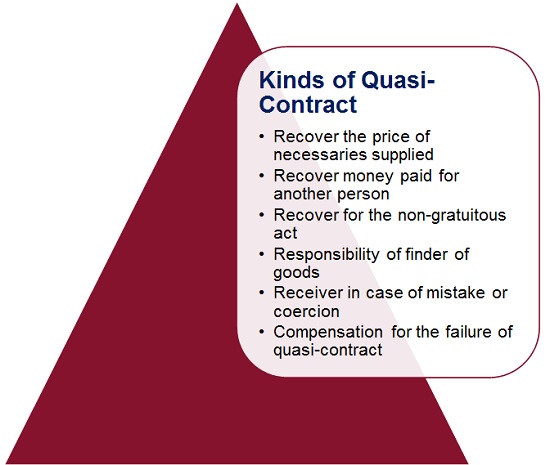 Recover the price of necessaries supplied

A person who provided necessary to any party incompetent to contract or any person dependent on that incompetent person has the right to get it recovered out of the property of such incompetent party. Here, the word ‘necessaries’ covers the items of a person’s needs and includes items which are needed to maintain a particular person’s state, degree and status.

Recover money paid for another person

A person who at his own will makes payment on behalf of another person who was legally bound to pay it. Then the person who makes payment has the right to recover the same from the party on whose behalf he made such payment.

Recover for the non-gratuitous act

Rights to recover in this case arise when the three conditions are met:

Responsibility of finder of goods

An individual who discovers goods that belong to another individual and he takes those goods into his custody. The responsibility of the finder of goods is just like that of a bailee.

Receiver in case of mistake or coercion

If a person pays money or delivers anything to another person out of mistake or under coercion, the latter must repay or return it to the former.

Compensation for the failure of quasi-contract

Injury to any person due to the failure in performance of a quasi-contract has the right to receive compensation from the defaulting party, just like in the case of a normal contract.

All in all, a contract is an agreement that creates and defines obligations between parties. Conversely, a quasi-contract is a legal alternative to a contract.

Difference Between Unilateral and Bilateral Contract