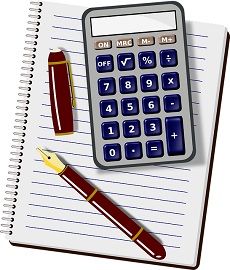 The current ratio is the ratio used by corporate entities to test the ability of the company to discharge short-term liabilities, i.e. within one year. Conversely, quick ratio is a measure of a company’s efficiency in meeting its current financial liabilities, with its quick assets, i.e. the assets which are easily convertible to cash in a short duration.

The ratio refers to an arithmetical expression, representing the proportion of one thing with respect to another. A financial ratio shows the relationship between two accounting items. It is used to show the financial health and position, earning capacity and operating efficiency of the concern.

There are a number of accounting ratios, which are classified in various categories, such as liquidity ratios, profitability ratios, solvency ratios and activity ratios. In this article, we are going to differentiate the two types of liquidity ratio, i.e. current ratio and quick ratio.

Current Ratio is a measure of the company’s efficiency in covering its debts and payables with its current assets, which are going to fall due for payment, within a period of one year. A higher current ratio reflects the company’s ability in paying off its obligations. It is calculated as a ratio of current assets to current liabilities.

In the Balance Sheet of a company, current assets indicate the value of all short term assets which can be converted into cash or consumed within a period of one year. On the other hand, current liabilities represent the debts and obligations of the company, which becomes due for payment within one year. The current ratio can be calculated in this manner:

The commonly acceptable current ratio is 2:1, whereas the ideal current ratio as per Banks is 1.33:1. Nevertheless, a ratio between 1.33 to 3 is considered good, depending on the nature of business and the type of current assets and liabilities.

On the contrary, if the current ratio if > 1, i.e. current assets are greater than current liabilities, then it shows that the company can easily pay off its short term dues. However, a current ratio > 3 is a sign of unutilized efficiency of the funds, as it means that the funds remain idle or locked up in banks, inventories or accounts receivable.

Quick ratio depicts the liquidity position of the company, i.e. how quickly the company is capable of meeting its urgent cash requirement. It is also called a liquid ratio or acid-test ratio. It determines the company’s efficiency in using quick assets or say liquid assets in discharging the current liabilities immediately.

Quick assets refer to the assets which can be converted to cash within a period of 3 months, i.e. 90 days. Hence, it covers only those current assets, which can be easily and quickly encashed, such as cash and near-cash assets. Quick Assets can be calculated in this manner:

Contrary to this, when the quick ratio is > 2.5, i.e. quick assets are more than double the current liabilities, then it shows that company can easily discharge its current dues, but it also says that the short term funds of the company are not employed efficiently and so they are lying idle.

The difference between current ratio and quick ratio can be drawn clearly on the following grounds:

Liquidity ratios are used all around the world to check the financial soundness, profitability and operating efficiency of the entity. The basic difference between the two liquidity ratios is that quick ratio gives you a better picture of how well a firm repays its short term dues in time, without using the revenue from the sale of inventory.

Difference Between Liquidity and Solvency

Difference Between Assets and Liabilities

Difference Between Ratio and Proportion