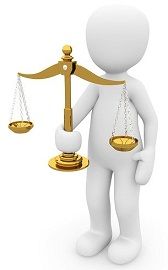 An appeal refers to a legal process of applying to a superior court for reconsideration of a decision, judgement or order, given by a subordinate court. It is a well-known fact that the right to appeal is not a natural one, rather it is an inherent right to the litigation process.

On the contrary, a revision implies the act of re-examining a case, so as to make it defect free or grant some relief in case of improper exercise or failure to exercise jurisdiction by a subordinate court.

The basic difference between appeal and revision is that while the appeal is a continuation of a suit, revision is not. Let’s move further to understand some more differences between these two.

An appeal can be understood as the legal process through which one can apply for to of his/her case when they seek a formal change in the decision already made by the court. It is not just helpful for rectifying the errors made, if any in the decision, but also for clarifying or interpreting the law. It is an inherent right conferred by the statute.

In finer terms, appeal implies the plea application brought to a superior court/authority, to review the decision made by the subordinate court or authority.

It is often made when the party who lost the case or who is not satisfied with the decision given by the lower court to be reviewed by the higher court.

A basic rule is that parties to appeal cannot produce additional documents, i.e. neither oral nor documentary as it is not a trial, hence it does not give a chance to the party making an appeal to add new dimensions or give a new direction to the case.

Nevertheless, the appellate court has the power to allow additional evidence but in certain circumstances only. 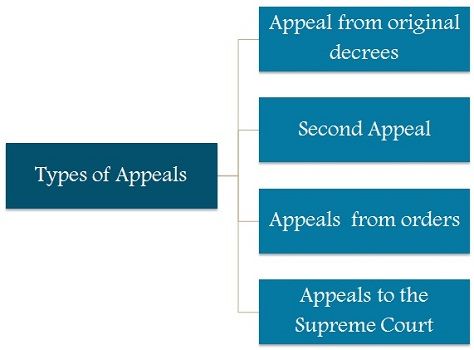 Revision refers to a petition filed by any party to suit or the court to re-examine the decision, so as to remove any errors or grant relief. In a revision, the High courts have the right to ask for a record of any case, on which decision is made by any subordinate court and in which no appeal is made by the parties concerned when it is observed that the subordinate court:

Therefore, the Highcourt may revise the orders, as it deems fit, subject to the High Court should not vary or reverse any order given in this regard or any order giving a verdict on the issue concerning the suit except in the case when the order is given in the favour of the party who applied for revision would have finally settled the matter.

In a revision, the High Court is empowered to re-examine the proceedings of the lower court, carried out as per law, within their jurisdiction, so as to promote justice. Moreover, the high court also possesses the power to correct the jurisdictional errors (if any) made by the subordinate court.

Key Differences Between Appeal and Revision

The difference between appeal and revision can be drawn clearly on the following grounds:

To sum up, an appeal is a petition against the decision made by the court of law which is always made to a higher court and not to the court on a similar level. On the contrary, revision is to revise, alter or amend, i.e. correct or alter a decision which is made by a lower court. It involves perusal so as to correct or improve the decision/order.