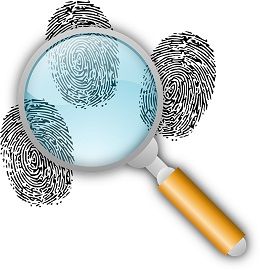 In common parlance, we use the words investigation and inquiry synonymously, but in law, they have separate meanings. The investigation is a systematic and formal examination of the facts and evidence, with an aim of establishing the truth. It plays a significant role in the trial of the criminal case.

Contrarily, the inquiry is a judicial process that aims at determining whether the evidence submitted, in relation to the case is true or not.

The crucial point that distinguishes these two lies in the stage at which they are conducted and the person who conducts them. Further, these are helpful in the ascertainment of truth, to prove the guilt or innocence of the accused.

In this written material, we have discussed the differences between investigation and inquiry.

Investigation refers to the various legal actions, taken by the Police Officer, or by any other person excluding the Magistrate, so authorized by the Magistrate in this regard, for obtaining evidence, such as Central Bureau of Investigation (CBI).

Note: The agency or person ordered by the Magistrate to undertake an investigation of the case, possesses all the powers, that a Police Officer possesses, other than the power to arrest a person without a warrant.

Investigation begins when the officer in charge of the concerned police station, gets information with respect to the commission of the offence. For this purpose, the officer is empowered to demand the presence of all the individuals, who appear to be aware of or having knowledge of the circumstances of the case. The investigation is made by the police to: 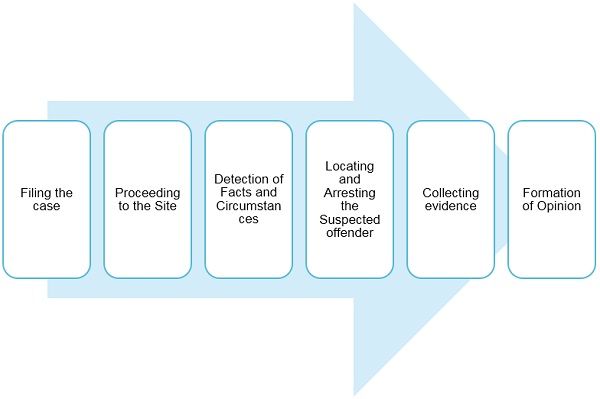 Following documents are to be included for Police Investigation

Almost all the investigation is followed by inquiry, which is nothing but a critical examination by the judicial officer, i.e. Magistrate. It tends to evaluate and filter out those cases, which have sufficient grounds that confirm the commission of the crime, so as to forward them to the next level, which is Trial.

Note: Inquiry and trial are not one and the same, because trial begins after the completion of inquiry.

In simple words, Inquiry can be defined as probing and analysis of the case, carried out by the Magistrate of the Court or the Court, so as to determine the truth or otherwise of the case, so as to take legal actions. Evidence received by the magistrate during the inquiry should be recorded. It encompasses:

As per Section 159 of the CrPC, the Magistrate has the power to hold a preliminary inquiry on the receipt of the police report, for the purpose of ascertaining the authenticity of the allegations. And if it is found that the offence has been committed, whether the accused should be put up on trial.

Key Differences Between Investigation and Inquiry

Now, after taking a peep into the meaning of these two terms, let us move forward to understand the difference between investigation and inquiry:

What is Police Report?

Police Report is the report submitted to the Court by the Police Officer, once the investigation is over.

When the Police are of the opinion that there are no sufficient evidence, which supports the commission of offence by the accused, to present him before the Magistrate for the purpose of Trial, in that case, Police Report can be in the form of Refer Report, Refer-Charge or Final form.

In contrast, when the Police reached the conclusion that there is sufficient evidence that validates the commission of the crime by the accused, to present the accused before the Magistrate, for the purpose of the trial, then the Police Report can be in the form of a Charge-sheet, Police-Challan or Final Report.

On the completion of the investigation, Police Report is submitted to the magistrate, which includes the following details:

What is a Trial?

The trial is a judicial proceeding in which truth and falsehood is tested. In the proceedings, the evidence obtained by the Police or any other agency at the time of investigation is produced to the court and the conclusion made by the Investigating officer has to prove or disprove.

It is a stage, that begins after the framing of the charges against the accused, and ends with conviction or acquittal. Further, based on the gravity of the offence and punishment prescribed, trials are classified as: