Once job analysis is completed, it is followed by job design which involves continuous eforts in organizing activities or tasks, duties and responsibilities into work unit, to achieve the objectives. There are five approaches to job design, which are job rotation, job engineering, job enlargement, job enrichment, and socio-technical system. Two of these approaches which are most commonly juxtaposed are job enlargement and job enrichment. The former refers to the increase in the number of tasks performed by an employee at the same job.

On the other hand, the latter refers to adding certain stimulators to the job so as to make it rewarding. A job is said to be enriched when the incumbent has the power to make decisions and plans.

Just take a read of this article to know the basic differences between job enlargement and job enrichment.

Job Enlargement means to increase the tasks of an employee performed by him in a single job. It is an attempt of management to decrease the monotony of the repetitive task. Under this technique, few tasks are added to the existing job which is similar in nature.

In this way, variety in the job is added, and it will become more interesting for the job holders. There are some advantages of job enlargement which are indicated below:

With the introduction of a new task in the same job, workers may require additional training to perform the task. It may also happen that the worker productivity will fall after the implementation of new system. Further, the employee may demand increment in their pay for the increase in their workload.

Job Enrichment is a job design strategy, applied to motivate the employees by delegating them extra responsibilities to make it more rewarding. In short, we can say that job enrichment means to upgrade the quality of a job and to make it more exciting, challenging and creative. 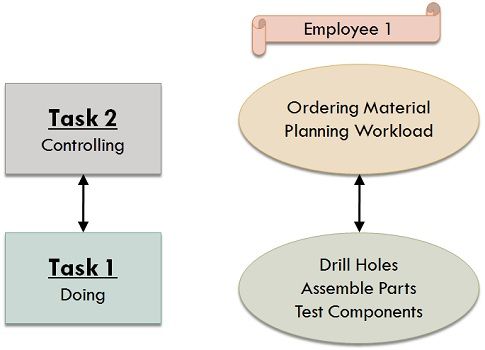 The job holder is given responsibilities and power to plan, control and make important decisions. The requirement of supervision will now be less or it can also be said that the worker himself will perform the tasks of a supervisor. 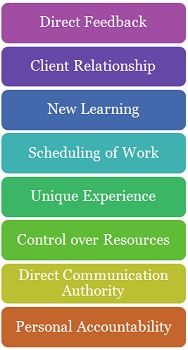 Job Enrichment helps to improve the efficiency of the worker along with raising their level of satisfaction. There are more responsibilities, diversity of tasks, autonomy and growth possibilities in an enriched job as compared to a normal job.

The major differences between job enlargement and job enrichment are mentioned as under:

Both job enlargement and job enrichment are regarded as motivational tools for the employees, used by the management. However, employees find job enrichment is a far better tool than job enlargement. Job Enrichment gives planning, controlling and decision-making powers to the job holder. It helps them to grow and develop. As opposed to job enlargement, which is just a tactic of management to increase the workload of existing employees. The job holders feel satisfied that his tasks have been extended, without knowing that his role and responsibilities are increased.

Difference Between Job and Work