The difference between a single-use plan and the standing plan is clear from their name itself. Single-Use Plan is a type of plan, which can be used only once and so every time a new plan is formulated, to deal with the situation. On the contrary, standing plan implies the plan which is always ready for usage and they have a comparatively long-standing, i.e. once these plans are prepared they can be used for years.

What is a Plan?

In simple words, a plan is a scheme, which outlines how the work is to be performed so as to meet the desired objective.

In an organization, formulation of plans is a very common thing. It is performed to ensure smooth functioning and sound decision making under various circumstances. Now, these plans are grouped into various types depending on their frequency of use. These are Single Use Plan and Standing Plan.

Single-Use Plans, as the name suggests are the plans which are used only once, as these are developed to attain a specific goal, be it the accomplishment of an event, activity or project. Hence, they are designed in such a way that the needs of the unique situation are met effectively.

In finer terms, single-use plans are the ones which cannot be used to meet out objectives, other than the objective, it is devised for. These are the plans, which determines beforehand, the future course of action to be undertaken to cope with a particular problem or to handle a situation.

Types of Single Use Plan 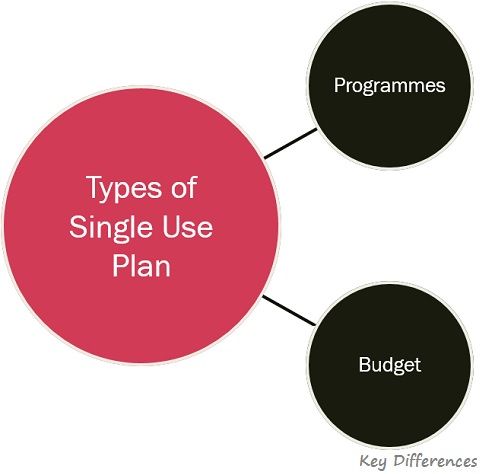 Standing Plans refers to the plan which is designed to cater to the situations or issues that are encountered by the managers repeatedly in an organization. These act as guidelines to the management to handle problems which occur recurrently.

Moreover, the creation of plans is done only once, however, their value is retained over the years, but these are subjected to timely revisions and updations, based on the exigencies of business. 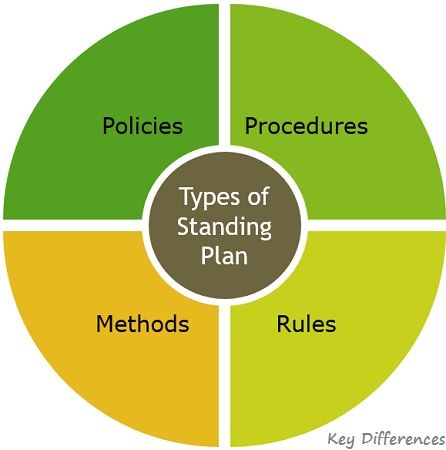 For Example, Tardiness is a very common issue in an organization and it is related to the entire workforce of the concern. So, the managers can formulate policy, to correct the behaviour of the employees, and execute the same whenever an employee is late.

Key Differences Between Single Use Plan and Standing Plan

The difference between single-use plan and standing plan can be boiled down in the points given below: 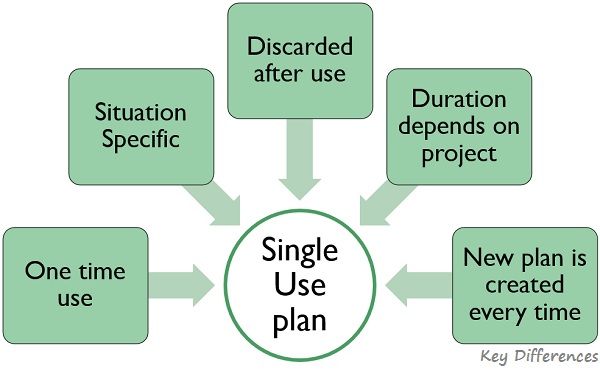 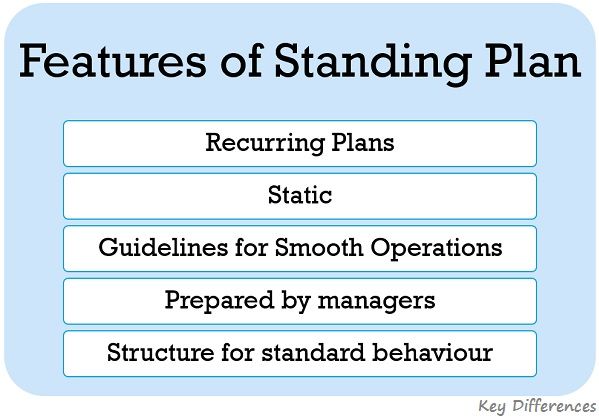 Therefore, we have understood that single-use plans are designed to be implemented in specific or non-recurring circumstances. But on the other hand, standing plans are devised to solve the issues that occur repeatedly and these plans are used over the years.

Difference Between Project and Program