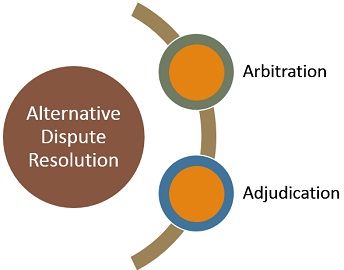 Arbitration is a dispute settlement mechanism in which the dispute is referred to an independent third party by the parties willingly and the third party is empowered to make a decision regarding the conflict situation, which is binding on both parties.

Contrarily, when it is the government which decides to refer the dispute to the court of inquiry as a form of final remedy for out-of-court settlement for the dispute, it is called Adjudication.

Arbitration and Adjudication, both are methods for resolving industrial disputes that involve an independent third party who decides the case, which is binding in nature. As the process of arbitration and adjudication is more or less the same, many often juxtapose the two.

So, in this written material we will discuss all the differences between arbitration and adjudication.

Arbitration can be defined as a systematic process, wherein an independent third party carefully analysis the dispute, listens to the demands of both parties, and then makes a judgment that is enforceable in nature. There exists a specific authority, for resolving industrial disputes under certain circumstances.

Arbitration is adopted when the conciliation fails to resolve the dispute between parties. In this process, the arbitrator assesses the matter, collects information, and after considering all the facts, evidence and witnesses submitted, he/she declares the award or judgment, regarding the dispute.

The arbitrator has the power to decide and regulate the terms of negotiation. And so, even in the deadlock situation, the arbitrator assures a definite solution. 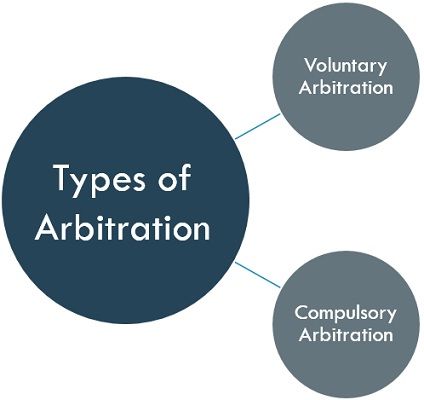 Adjudication can be defined as the eventual remedy available to the parties under dispute, wherein a third party is appointed by the government for the settlement of the dispute. However, parties in dispute, can also mutually refer the dispute to adjudication.

Now you must be wondering, in spite of having various dispute resolution methods, why there is a need for the imposition of compulsory arbitration or adjudication? Well, the only reason is to maintain industrial peace, so as to ensure smooth functioning of industries, without any stoppages.

The two forms of adjudication on the basis of nature of reference and nature of award are:

As per Industrial Dispute Act, 1947, there exists a three-tier adjudication system: 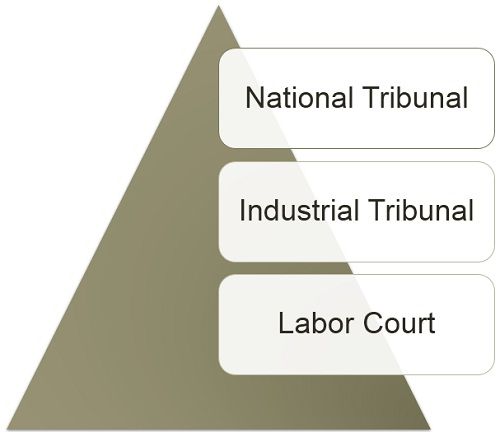 A body comprising of a single presiding officer whose appointment is carried out by the Government. Further, two assessors can be appointed by the government for advising the presiding officer. Its jurisdiction is larger in comparison to the labor court.

An adjudicatory body with a single presiding officer appointed by the government to handle disputes that might affect industrial units of multiple states and those which are of national importance.

Key Differences Between Arbitration and Adjudication

So far we have talked about the concepts of the two industrial dispute settlement machinery. Now we will discuss the differences between arbitration and adjudication:

When there is a prolonged dispute between management and workers, they can mutually give their consent to pass the dispute to an arbitrator. For this purpose, an arbitration agreement is created, which states the total number of arbitrators to be appointed, in addition to an Umpire. In this process, Umpire acts as an official who arbitrates, whenever there is a tie during voting. So, his decision prevails.

Difference Between Negotiation and Mediation