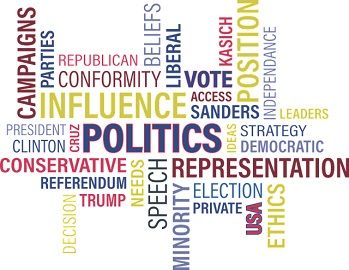 Another crucial difference between political science and politics is that Political Science is all about politics that take place in a country. Conversely, in politics there exist various political groups of like-minded people, that have a common agenda, which they seek to pursue. Here, in the given article, we have discussed the entire topic and their differences in detail, so have a look.

The term political science refers to that branch of social science which is analogous to the foundation of state and system of government. It discusses country and its economy, considering various time spans, i.e. past, present and future.

The political science emphasizes the theory and practice of the government as well as it thoroughly and systematically analyzes the political systems, institutions, processes, functions, activities and behaviour. Further, it also evaluates public policies and governments.

Political Science is divided into five disciplines that cover a range of advanced political economy. These are the political theory, comparative politics, public law, public administration and international relations. It is useful to understand the way in which governments operate, allocation of power and resources, impact of the policies laid down by the government in the economic stability.

The term politics may refer to all those activities that are concerned with the administration of the country. In finer terms, politics implies a process wherein the political leaders and the party tries to achieve their goals, which may be contradicting with another political party. It is directly analogous to conflict and conciliation, that leads to rule of order and justice in the society.

The primary aim of politics is to improve the standard of living of the area and initiate development activities, by means of various schemes and programmes run by the government. It tends to create, preserve or amend new rules, under which the citizen lives.

Practical politics includes all the real world happenings, such as the formation of the government and its working, formulation of laws and policies. Further, international politics is also a part of practical politics which includes affairs like peace and war, economic order, protection of rights, among others. It is also referred as a ‘dirty game’ by the common man.

The points given below are substantial so far as the difference between political science and politics are concerned:

The main difference between these two terms is that politics implies practical politics, i.e. that happens in the real world situation like formation, working of government and laws. On the other hand, political science has a theoretical approach.

Difference Between Social Science and Humanities