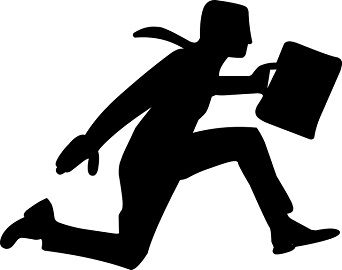 Disguised Unemployment refers to a form of unemployment that cannot be seen or noticed from outside, as it remains hidden. Basically, in disguised unemployment, it looks like everyone is employed however, ample full-time work is not available for all. On the contrary, Seasonal Unemployment is that type of unemployment in which people are not able to find any work for themselves during certain months of the year.

Unemployment can be defined as a state of being without paid work, for an individual who is able (physically and mentally fit) and willing (ready) to work at the existing wage rate but may not find any job or activity which can help them in providing the basic means of living. Basically, it is a situation of automatic worklessness or idleness.

An unemployed person is someone, who is a part of the labour force and looking for work but is not able to find one.

In this post, we have explained the difference between disguised unemployment and seasonal unemployment.

Disguised Unemployment is an unacknowledged form of unemployment wherein the activities of the individual indicate that they are busy or occupied in work be it related to agriculture or business, with their family members. Although, production reported by this occupation is almost negligible.

In other words, disguised unemployment is a situation wherein the marginal productivity or contribution to the total output is almost nil. And so, even if some workers are withdrawn there won’t be any change in the total production. And due to this very reason, they are regarded as disguisedly unemployed.

Therefore it is quite obvious that such employment won’t add anything to the economy of people. It implies excess labour with zero productivity.

Such a situation wherein people engaged in seasonal activities, do not get any work, even when they are able and willing to work at the prevailing wage rate is called seasonal unemployment. It is also termed as periodic unemployment, because it arises at different points over the year, due to the seasonal nature of work.

There are a number of industries that report a sudden increase in activities during a particular season or period and so there is a requirement for a large labour force to handle the rush of work. But on other days the work is normal and during that time, a group of labour force remain unemployed. This generally happens with the dockworkers, construction workers working in sugar, woollen and ice factories. It is also related to agriculture.

Therefore, during the off-season, the workers remain idle and don’t have any work to do and so they wait for the next season to come, and search for the same work to get employed and earn money for their livelihood. Due to this situation, the labourers have to migrate from one place to another, to find work for themselves during the off-season.

Also Read: Difference Between Laid Off and Fired

After we have discussed the meaning of the two forms of unemployment, now we are going to understand the difference between disguised unemployment and seasonal unemployment:

Out of 20 people working in agricultural land, even when the 8 people migrate to another city, the productivity of land remains the same. This implies that the contribution made by 8 persons to productivity is equal to zero.

Agriculture is primarily dependent on weather conditions, i.e. at a specific period of the year such as at the time of sowing seeds, threshing and harvesting crops, there is a heavy workload. But, once the work is completed the workers stay idle.

Difference Between Subsistence and Commercial Farming

Difference Between Intensive and Extensive Farming